2014 marked the anniversaries of number of significant Welsh luminaries. Leading Welsh composers Alun Hoddinott, William Mathias and Karl Jenkins marked their respective 85th, 80th and 70th years of their birth. Combined with this 2014 also saw 100 years since the birth of literary icon Dylan Thomas, the 65th birthday year of HRH The Prince of Wales, and 45 years since HRH' investiture at Caernarfon Castle in 1969.

With the support of a major award from the Arts Council of Wales, together with our education and media partners, Camerata Wales l Cymru marked each of these milestones in music through our digital media project "Penblwyddi / Anniversaries". The project particularly focused upon resurrecting a number of the neglected works of Welsh composers, and additional music written for or about The Prince of Wales and Dylan Thomas by additional leading Welsh composers, including Paul Mealor, Mark Thomas and Gareth Wood.

The project falls in line with Camerata Wales' main aims of: 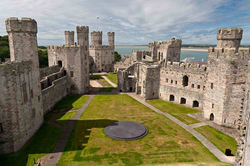 It remains a guiding principle / raison d'être of Camerata Wales l Cymru to champion the works of Welsh composers, through the commissioning of new Welsh music, and particularly by raising existing but neglected works of Welsh composers from the archives in which they currently - in some cases exclusively - reside, and bringing them to the attention of - and make these works accessible to - the Welsh and wider public.

Camerata Wales l Cymru Artistic Director, Owain Arwel Hughes, has known personally, and worked closely with, many of the most renowned Welsh composers. He knows them and their music intimately. Over the coming years, via a series of projects such as "Penblwyddi / Anniversaries" it is intended that Camerata Wales l Cymru will capture this unique knowledge of Wales' leading composers and their works, again lifting them permanently from the archives and creating a "living" digital and educational resource about the nation's leading composers and their music, for the people of Wales and beyond.

Wholly new music is very much a major facet of the work of Camerata Wales l Cymru too. Composer-In-Residence Gareth Wood's "Fanfare For Owain" and "Under Milk Wood Suite: Rum & Laverbread" were written especially for the orchestra and this project, as were Bernard Kane's "Fanfare For Fitzrovia" and Mark Thomas' "What Has Become Of Him Now?". Paul Mealor's "A Welsh Prayer", written in commemoration of the Prince of Wales 65th birthday, and Alun Hoddinott's "Sonata" for Euphonium also saw new orchestrations premiered as part of the project. 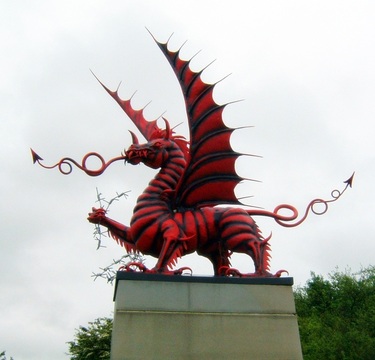 Through the development of this project, Camerata Wales l Cymru has been fortunate to have secured the support of a number of leading Media & Education Partners, namely Ty Cerdd, Bangor University, the University of Wales Trinity Saint David, and the Arts Council of Wales. All have been closely consulted with and entered into firm commitments to the orchestra's work, becoming formal partners of Camerata Wales l Cymru and the Penblwyddi l Anniversaries project.

In  order to ensure a lasting legacy for Camerata Wales l Cymru work, the orchestra has worked closely with our partners to ensure that a number of the works performed during the course of the project were professionally captured, and made available online via the Camerata Wales website.

This process will ensure that the selected works are permanently lifted from the archives, becoming - and remaining - readily and freely  accessible to the general public, both domestic and international, increasing awareness of and access to the orchestral music of Wales and Welsh composers.

Together with our partners, Camerata Wales l Cymru will also utilise this new 'living' digital archive of Welsh orchestral works to promote the works and composers of Wales to other orchestras and performance groups across the principality and beyond, for additional further performances. 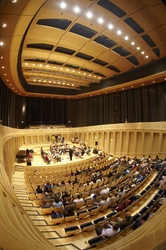 Camerata Wales has worked closely with our education partners University of Wales Trinity St. David and Bangor University to successfully develop the above model, with the firm support of both institutions. 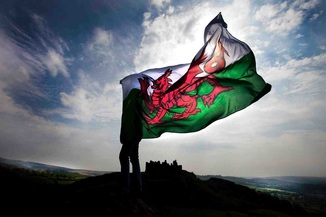 Camerata Wales l Cymru have worked closely with our partners to ensure that the reach of the orchestra's work is as wide as possible across the nation. To that end, the Anniversaries project saw performances in three main areas of the nation, with concerts in North and West Wales, and the project repertoire then finally rehearsed and recorded in South Wales, near the Artistic Director's birthplace in Rhondda Cynon Taf.

Working together with our education partners, two ticketed public events were undertaken at the Halliwell Theatre, University of Wales Trinity Saint David, Carmarthen; and at Bangor Cathedral, in association with Pontio. An additional event consisting exclusively of Welsh music, was undertaken in London at the Queen Elizabeth Hall, Southbank, as a direct extension of the project.

These performances, together with the subsequent online facility, ensured that the works featured in the project saw new life, reached new audiences and will now remain a permanently accessible resource for all parties interested in the music, and specifically orchestral music, of Wales. Owain Arwel Hughes and Camerata Wales l Cymru now seek to perpetuate the project with additional performances, composers and orchestral works, increasing the performances of Welsh orchestral music and the subsequent digital resource for all

Further information on this project, and subsequent facets, will be placed on this site as and when it becomes available. Information on additional Camerata Wales l Cymru projects can be found here while links to existing recordings of the orchestra featured in the freely accessible digital archive can be found here